A Pilot's Guide to Ground Icing

What you need to know

Section: Which Fluid is Right for Your Aircraft?

There are four standard aircraft de-icing and anti-icing fluid types: Type I, II, III, and IV.

Type I fluids are the thinnest of fluids. As such, they can be used on any aircraft, as they shear/blow off even at low speeds. They also have the shortest hold-over times (HOT) or estimated times of protection in active frost or freezing precipitation.

Type II and IV fluids add thickening agents to increase viscosity. The thickeners allow fluid to remain on the aircraft longer to absorb and melt the frost or freezing precipitation. This translates to longer HOT, but it also means a higher speed is required to shear off the fluid.

Type III fluids are relatively new and have properties in between Type I and Type II/IV fluids. Type III fluids also contain thickening agents and offer longer HOTs than Type I, but are formulated to shear off at lower speeds. They are designed specifically for small commuter-type aircraft, but work as well for larger aircraft.

*Note: Holdover Times (HOT) are published in a range to account for variations in precipitation intensity: shorter time for heavier intensity, longer time for lighter intensity. 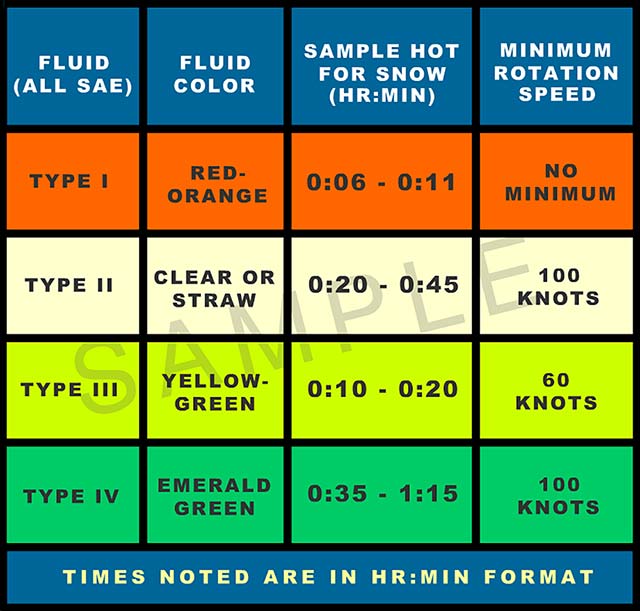 Type I fluids are essentially de-icing fluids, but can also be used for anti-icing. Because they are not thickened, they will shear or blow off the airplane at relatively low airspeeds (60 knots). However, their low viscosity results in the shortest set of holdover times.

Type II fluids provide better protection against refreezing than Type I fluids, but require a minimum 100 knot rotation speed. They are applied when long elapse time is anticipated between de-icing and take-off.

Type III fluids have a viscosity higher than Type I fluids but much lower than Type II or IV fluids. Type III fluids were formulated for use on small commuter-type aircraft with take off rotation speeds that are 60 knots or higher, but they can also be used on aircraft with higher rotation speeds. Type III fluids, unlike Type II or IV fluids, can be used in a hand held sprayer as they do not require specialized low shearing application equipment.

Type IV fluids meet the same fluid specifications as Type II fluids, and have a significantly longer HOT. Therefore, SAE Type IV fluids should be used on aircraft with rotation speeds (Vr) above 100 knots when long elapse time is anticipated between de-icing and take-off.

Type I fluids are available throughout the world.

Type II are common throughout Europe, but have limited availability in North America.

Type III became available in 2004 in Europe and North America.

Type IV are available throughout the world. 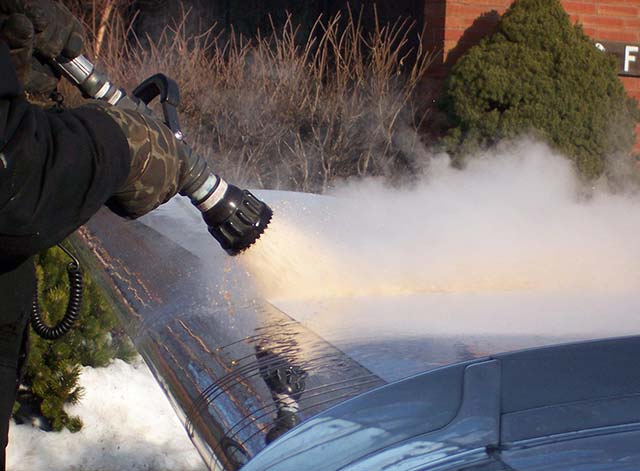 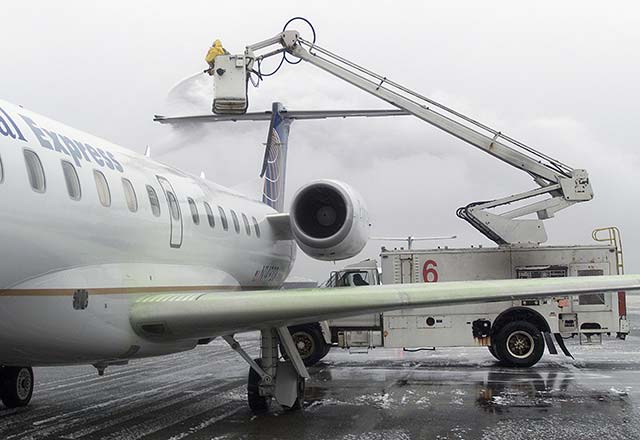 Type I is always applied heated and diluted; it flows off easily, and can fail suddenly. Type II and IV are much thicker and have longer HOTs, but require higher rotations speeds to shear the fluid off.

The fluid strength, or more specifically, the glycol/water ratio, determines the freezing point of the mix.

In the field, you can determine the glycol concentration, and therefore freezing point, with several products:

Many ground handling agents (FBOs) in North America have such testers. Refractometers are also available for purchase through aviation, microscope, or instrument supply stores, or directly from the fluid manufacturer.

Freezing point as a function of fluid strength

This graph shows how the freezing point can change with fluid strength for several glycol solutions. Note that 100% propylene-glycol does not freeze even in extremely cold conditions. For ethylene (and di-ethylene) glycol, the greatest lowering of freezing point occurs near 70% solution, not 100%. 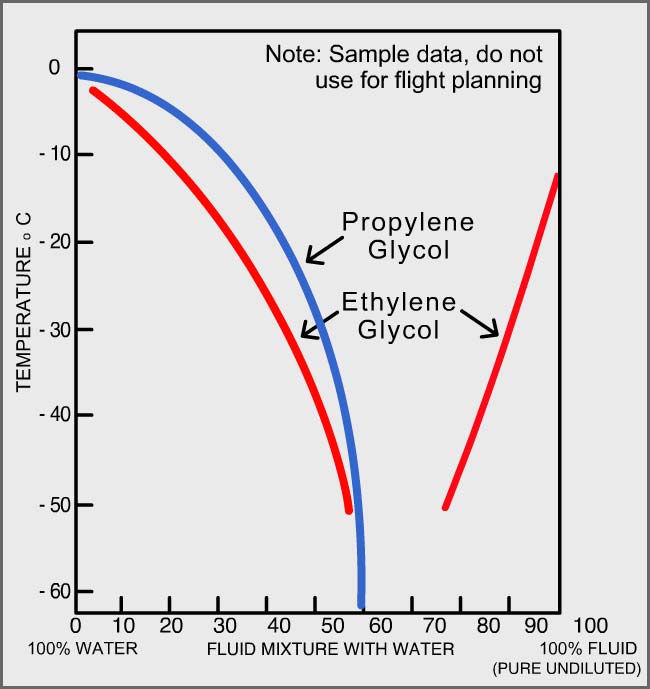 Both the standard refractometer and the Brix refractometers require a conversion chart to change their measurement units into glycol/water concentration and freezing point. 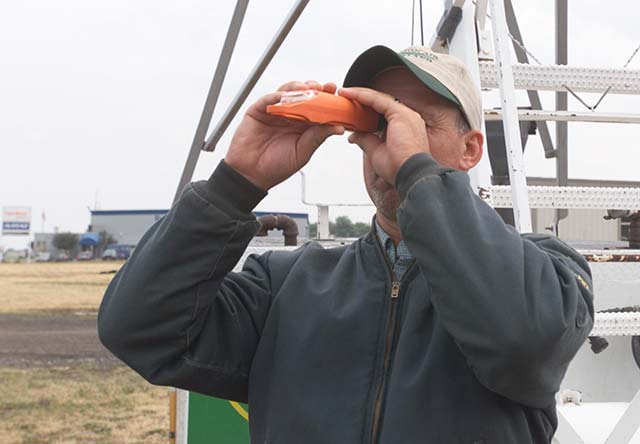 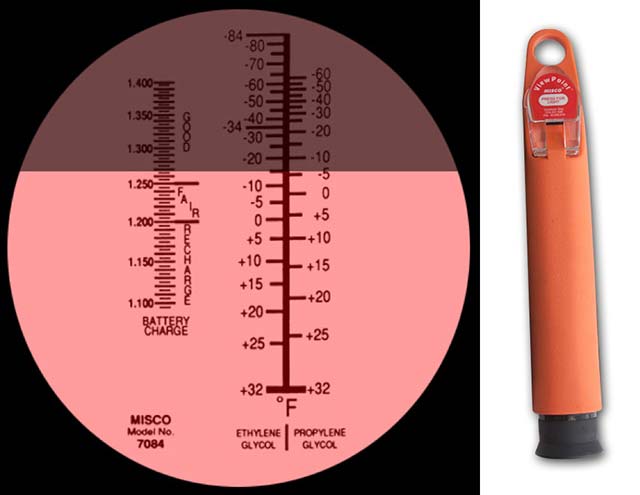